Hi, my name is Grant, and I am an addict.

I really love motorcycles. My dreams consist of brap noises, going on trips into the unknown and I even love commuting in dense bumper to bumper traffic.

But face plants, pavement love’n, concrete jungle yard-sales, flips into ditches and pitbike loops happen to the best of us. Some of us have these encounters with pavement far more often than most… But the point of this post is not in regards to the actual crashing aspect so much, or even the causes of said bone shattering blaps.

I want to dive into the “post crash” lifestyle of motorcyclists. 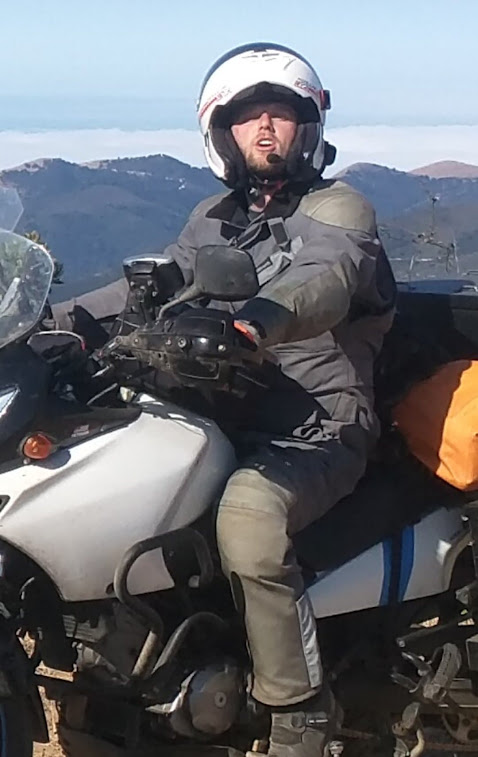 I had a little oopsie on my beloved Weestrom 650 of doom way back in 2018. It left me with a deeply wounded sense of pride, a busted clavicle, plus a salvaged and sad DL650. As I lay in the trauma center, shivering in fear (or because I didn’t get a blanket) I dreamt sweet dreams of my next clapped out hooptie motorcycle, or possibly rebuilding my Wee. 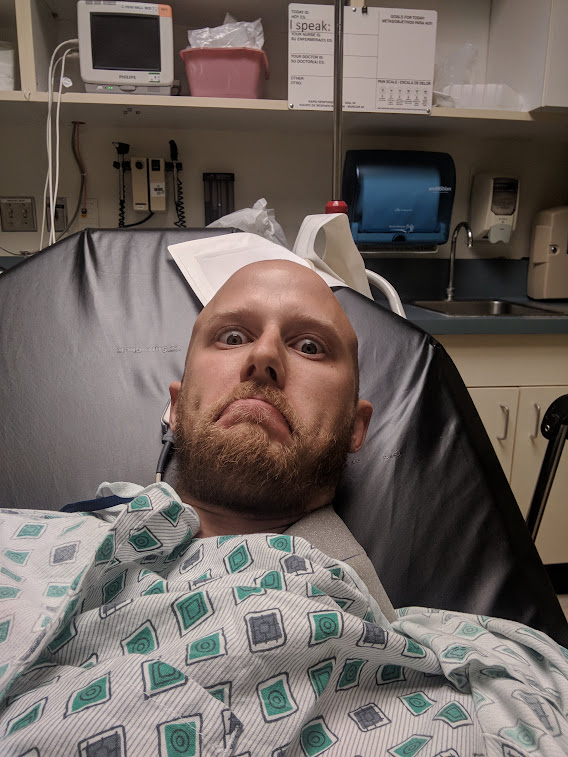 I just blapped hard enough to snap a bone, which would put me out of commission for the better part of four months in prime time riding season, and all I could think about was riding. What the hell is wrong with me!?

After a rescue mission provided by my brother and good riding buddy, I was back at home in the (dis)comfort of my own bed. But this is where the madness truly begins… When you take an addicts drug of choice away from him/her, all they fiend for is that drug, another bump. Well, I was tweak’n for a hoon.

The first week was rough, I sat in a recliner contemplating life itself. Looking back on all the sketchy things I’ve done in the past few years atop two wheeled contraptions, often narrowly escaping with my life. I dealt with the insurance folk, visited doctors, but mostly spent every waking hour scanning craigslist for any and all tantalizing deals.

By the end of Week 1, I had sent my brother out with a friend to purchase a 2001 Kawasaki ZG1000 Concours, sight unseen to me. They got a killer deal on it, cause they are shiesty, I mean thrifty.

My brother reported back to me “Yeah, I rode it to our friends house on 13 year old tires and 2 cylinders, this could have been a bad decision. It could be fuct” Whatever, we can fix anything! 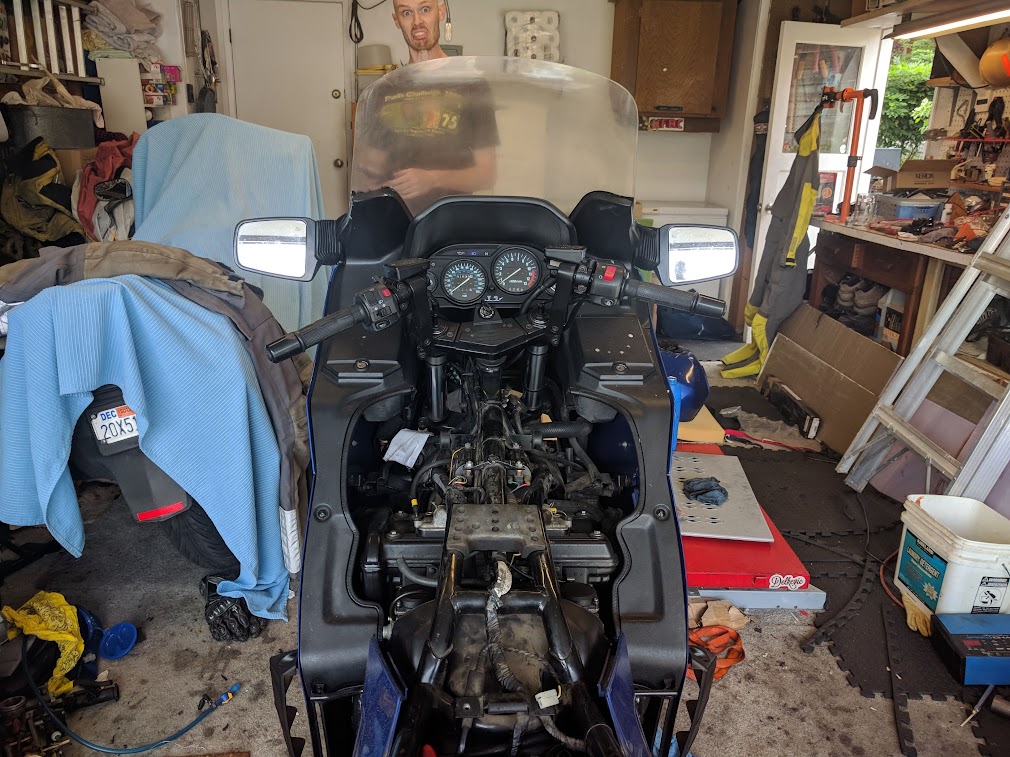 Once seeing my Ortho and hearing the news that my specific break would take in excess of 7 weeks to heal, and because of the displacement, the bones might not even mend…

Weepression is the equivalent of depression, but it’s when your Weestrom breaks you off for no reason.

So there is only one logical thing to do when Weepressed, buy more motorcycles!

Towards the tale end of week 3, my brother and I had acquired another bike, this time a tasty 2013 Honda CBR500R. It too of course was a hooptie pile, having been t-boned in Hayward somewhere, lots of bits needed to be replaced. It’s a good thing Honda makes quality parts cheap! 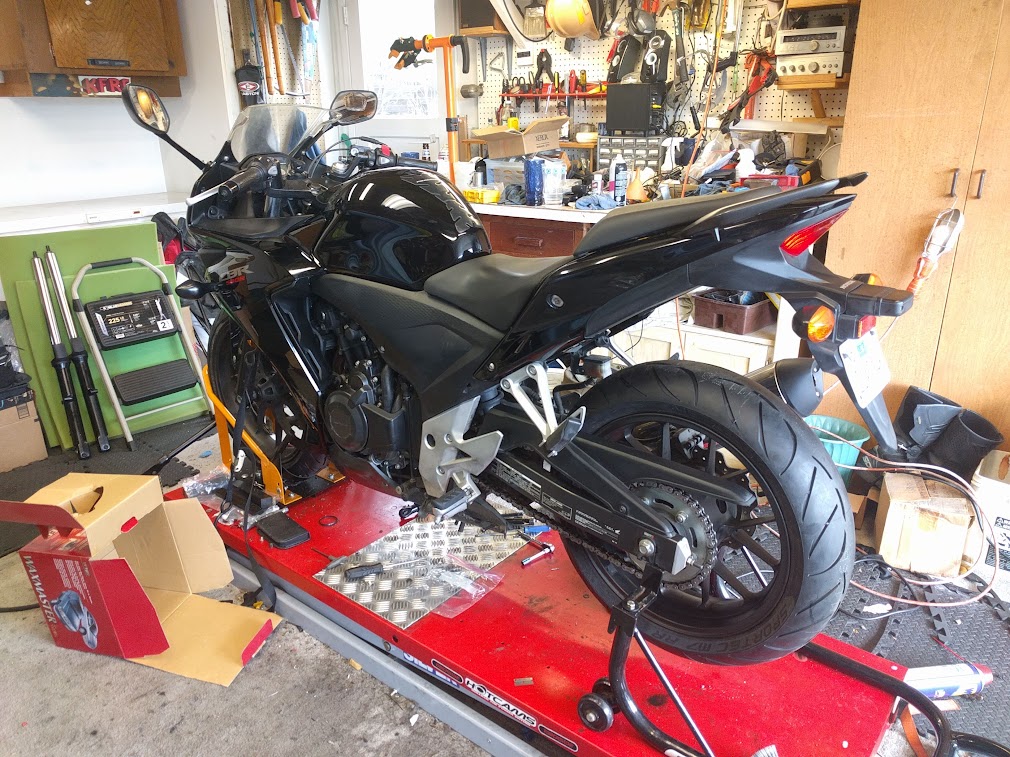 So we added that to our growing pile of “Motorcycles that need repair” on the side of the house. The only problem with this growing pile of non-running bikes was that I was still more or less useless with bone bits wiggling around inside of me, and my brother works sporadic and long hours. So I was confined to my office chair ordering parts galore! This is a dangerous game to play when weepressed and broken, because more often than not, required parts are not the only things that are ordered.

Soon thereafter, my best friend stopped by after one of his Sunday rides. I hopped on the back of his bike and he took me around the block, just so I could hear the jubilant noises of a 90 degree v-twin.

Well. it was too soon.
I gripped on that passenger rail one handed in my flippy floppies for dear life! 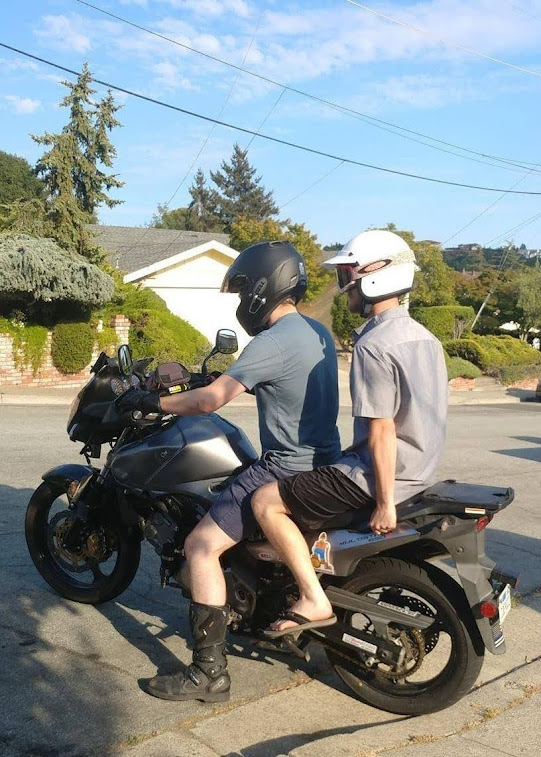 Finally around week 6 my right arm became somewhat useful, even though I resembled a midsized man-child with a little T-Rex arm, I was determined to get to work! Thankfully my brother was able to do all the heavy lifting, carb wrestling and most importantly gas tank wrangling.

I got to work on Connie’s (ZG1000) carbs, carefully setting float height, swapping jets, cleaning passageways and bench syncing throttle bodies. It was about all I could do before going completely insane. But about mid way through the rebuild process of Connie, we realized that it was in far worse condition that we first anticipated. So off I went, back into the Kawasaki parts catalog for new supple carb intake boots, petcock rebuild kit and an assortment of rubber vacuum hoses, clamps, seals, etc.

Tinkering was keeping me sane at this point. But Connie was beginning to become a money pit, and was no longer considered a “good deal.”

We got the old Connie plumbed and put back together for a test of the recent carb work and questionable vacuum hose routing. But man, those first few seconds of that big 997cc engine purring like a kitten were just divine.

The veil of weepression was temporarily lifted and I saw the light.

There is a limit on how much Chemtool B12 you can actually put in a motorcycle gas tank. We found that limit, and then exceeded it.

When you have the post crash woes, what are some of your vices? We here at 4TheRiders would love to hear some of the creative ways you stay sane when you can’t ride. Joe wants to hear all the ways he can occupy his mind while he recovers. He has contemplated playing drums on his leg apparatus of doom, I told him that’s not a good idea.

(This piece was written in 2016 when I blapped and broke myself off, it was never posted… But I think this is a decent time to do so.) 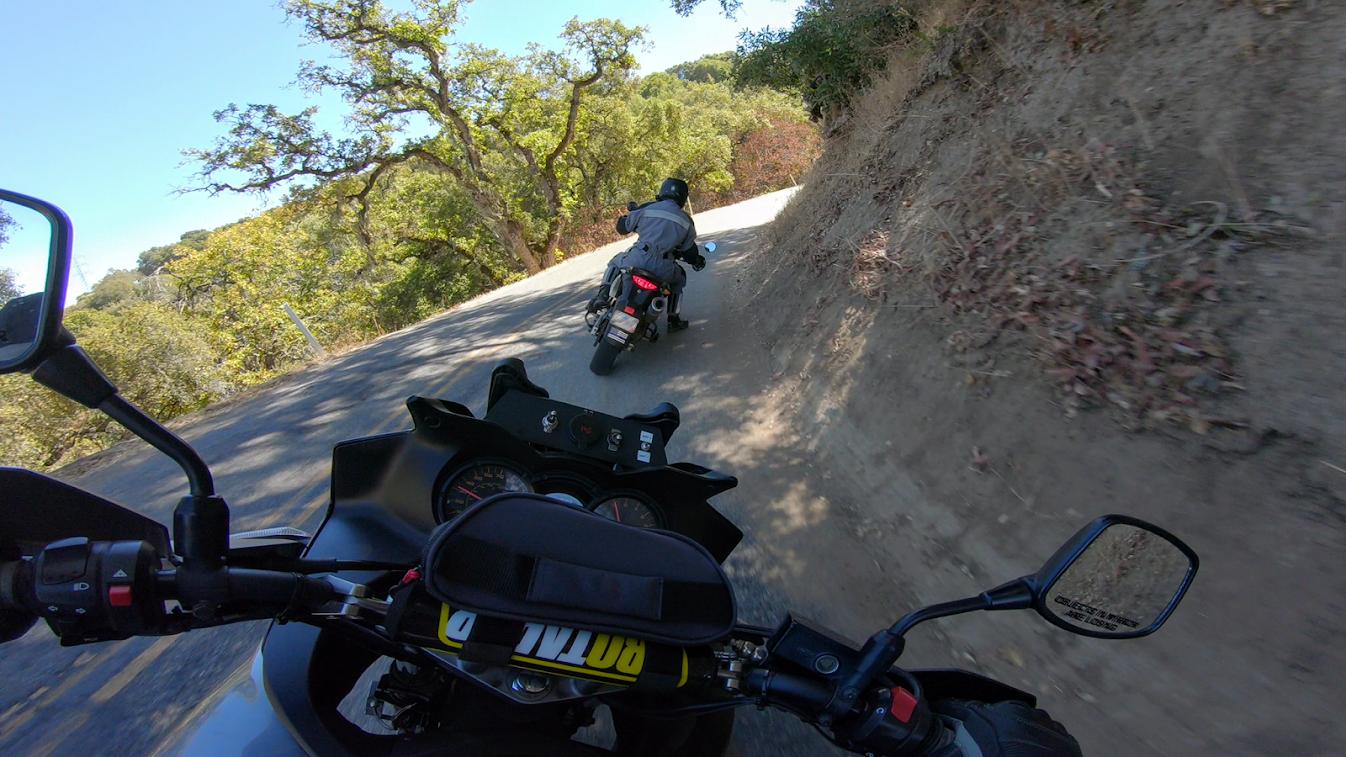