We left Flagstaff, Arizona yesterday evening from the Overland Expo that we were covering. We made it to within about 20 miles of the Highway 9 west turn off. It snowed overnight on us pretty good, with a decent buildup of snow on the RV. By noon, nearly all of it had melted off, but it was still cold. By about 1pm, the rains came back and it was dreary. I ALMOST decided not to ride and instead just take the RV into Zion. It would have meant an extra 40 miles worth of fuel (at 8 miles per gallon, 40 miles is nearly $20 in fuel…I think about these things). Finally, I told Bribri, “WE’RE GOING ON AN ADVENTURE! PUT SOMETHING WARM ON!” 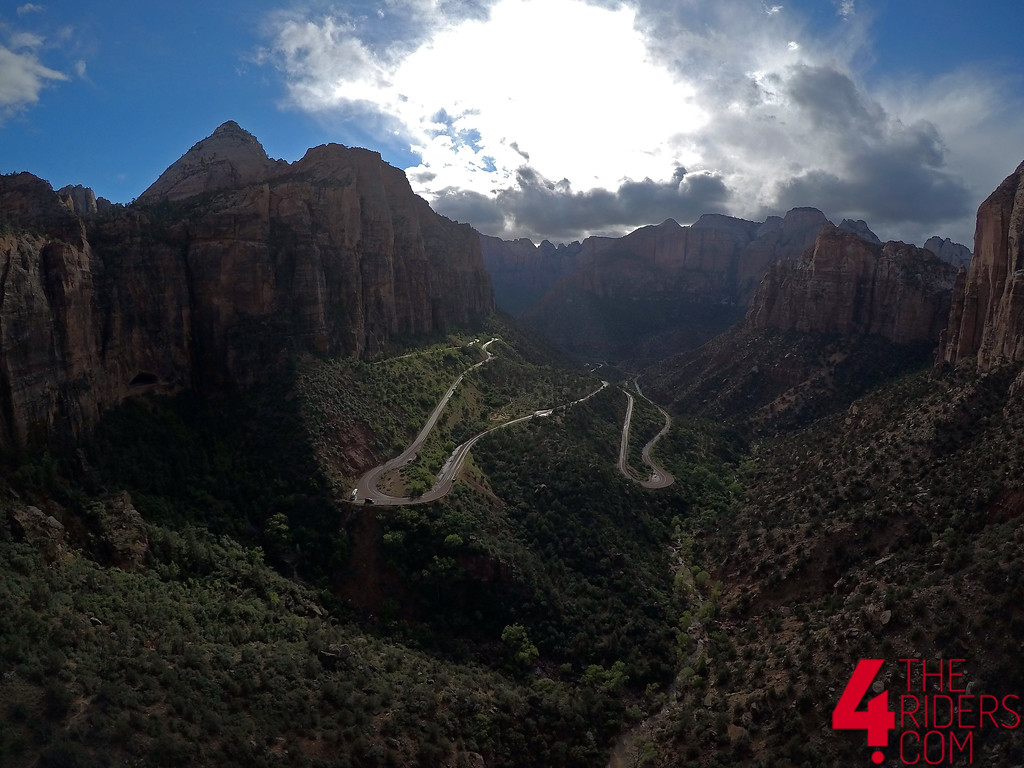 This is the kinda garbage we had to deal with. ;) (link to map of this spot)

We rode in. The temps were in the low 40s, and it was raining and sleeting on and off…but me-oh-my, was it beautiful! We did catch some lucky breaks in the weather throughout the day though.

We have an annual national park pass. We try and use it as often as we can. I think we’re at 6 different parks now, but that’s another story.

I don’t have much to say about it during the moto portion, other than it’s some of the most breathtaking scenery I’ve ever seen…but there is another part I’ll yammer about in a min… here’s a few photos while we were out and about on The Mighty FJ.

Bribri with the selfie action!

The steed, the myth, the legend. 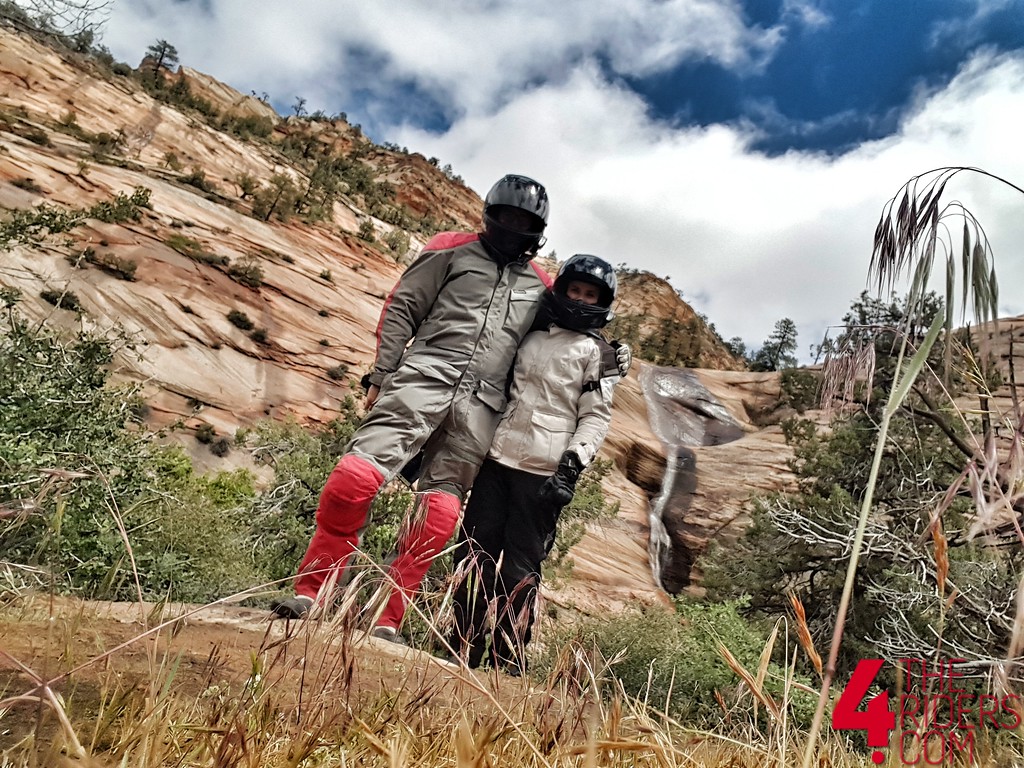 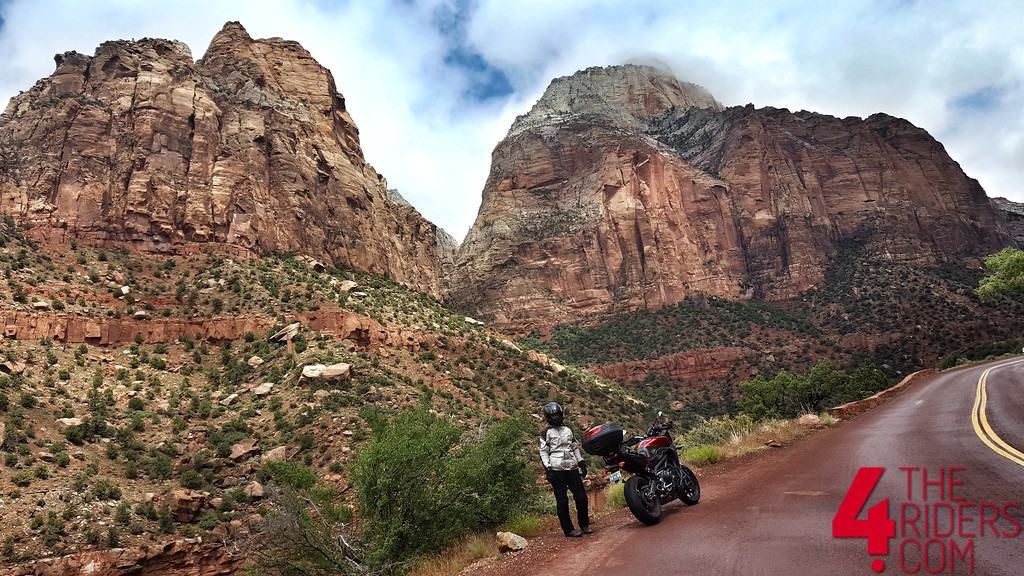 Literally everywhere you look is astounding. There isn’t a single ugly thing there. 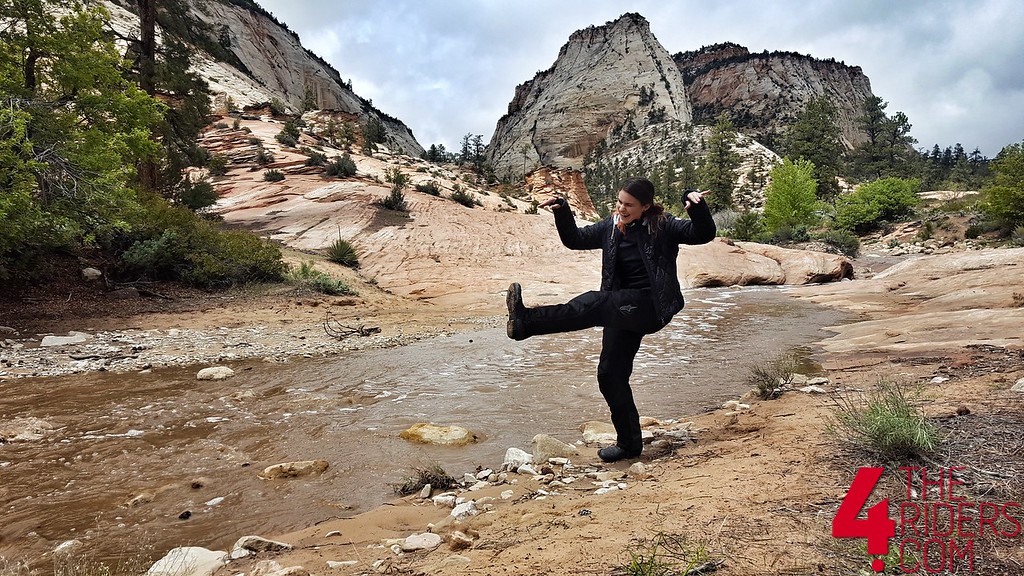 SO! We have a grand ol’ time at Zion…we’re on a pretty tight schedule, so we only stayed for a few hours, then we rode back out to highway 89, got some grub at the “HO-MADE PIE” place, then shot back off to the RV a few miles south of there. We loaded up the bike and started driving north…for about 20 miles… when suddenly there are 6 or 7 cars stopped ahead on the road. I spot why pretty quickly and see that there is a power pole laying across the southbound lane and wires on the ground. We stop and walk up and see that a semi truck had gone off the road, struck two poles, and came to a stop just before plummetting into the river. The lines were still draping the trailer as well as the guard rail, so everything was energized. He was okay, but trapped inside until help could arrive. No emergency services had come until after we were there. 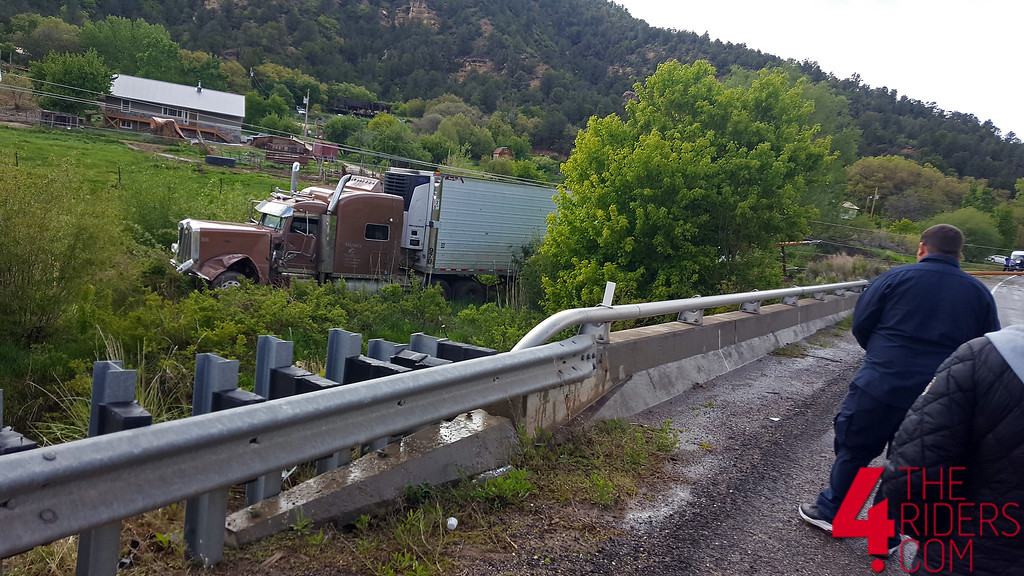 I think he forgot to top off his blinker fluid.

Anyhow, it was going to be a loooong delay with no alternate routes so we bit the bullet, turned around, and drove the 20 miles south back to hwy 9, then slowly took the RV through Zion. Oh…and because my rig is wider than 94 inches, I also had to pay a $15 “tunnel permit” so that once I got to the 1.1 mile long tunnel, they stop traffic from the other side and tell me to drive right down the middle. Nickel and dime, I swear.

Oh! Speaking of the tunnel, I almost forgot! I sent a fat wheelie down the tunnel earlier in the day…it’s kinda scary! Haha! After we exited the tunnel, Bribri said “That’s probably the most scared I’ve ever been doing a wheelie.” *giggles* 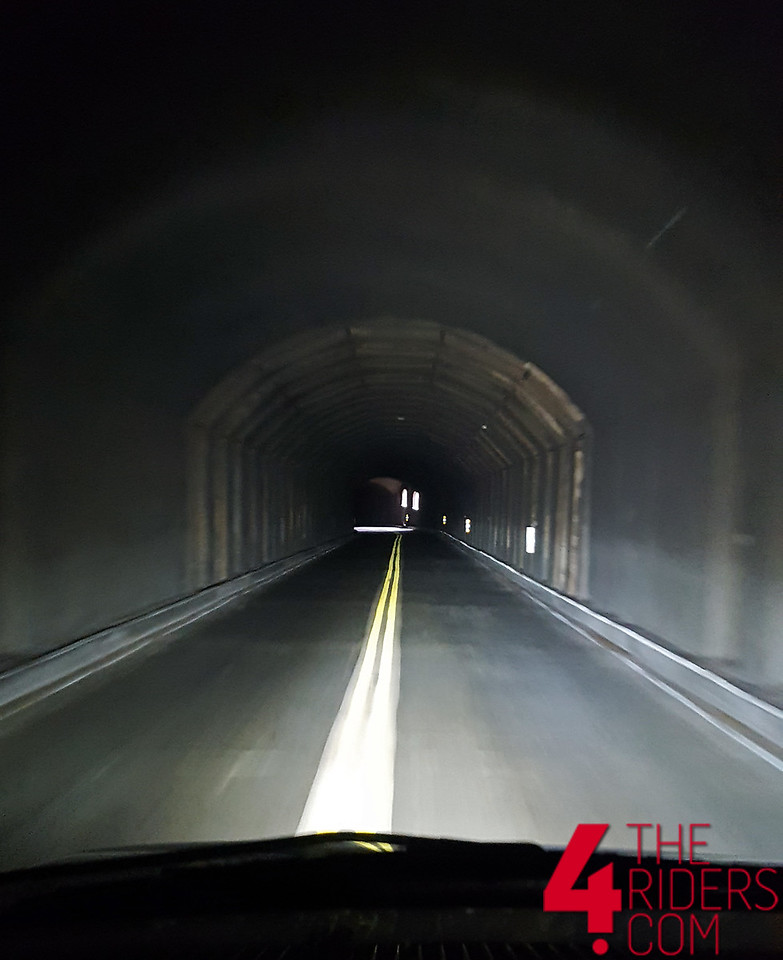 It’s nearly pitch black through most of the 1.1 miles. It’s like daylight when you have a 52″ lightbar on your rig. :D

Anyhow, Since we had to RV a 40 mile there-and-back AND a 40 mile detour AAANNNDDDD pay an additional 15 smackeroos AAANNNNNNNNNNDDD were forced to take i15 instead of the back country hwy 89 like I wanted…I was a bit sour.

At one point, I told Bribri something to the effect of “I kinda wish it weren’t so damn beatiful out here so I could be more mad about our predicament.” 80 miles is nearly 1/4 tank of fuel in the beast. I try and calculate out the most efficient stops and cheapest gas, etc, and this put me out of range for my next planned stop. Buuuuut, we made the most of it and stopped in the park to send up the drone to get some cool aerial photos and video. 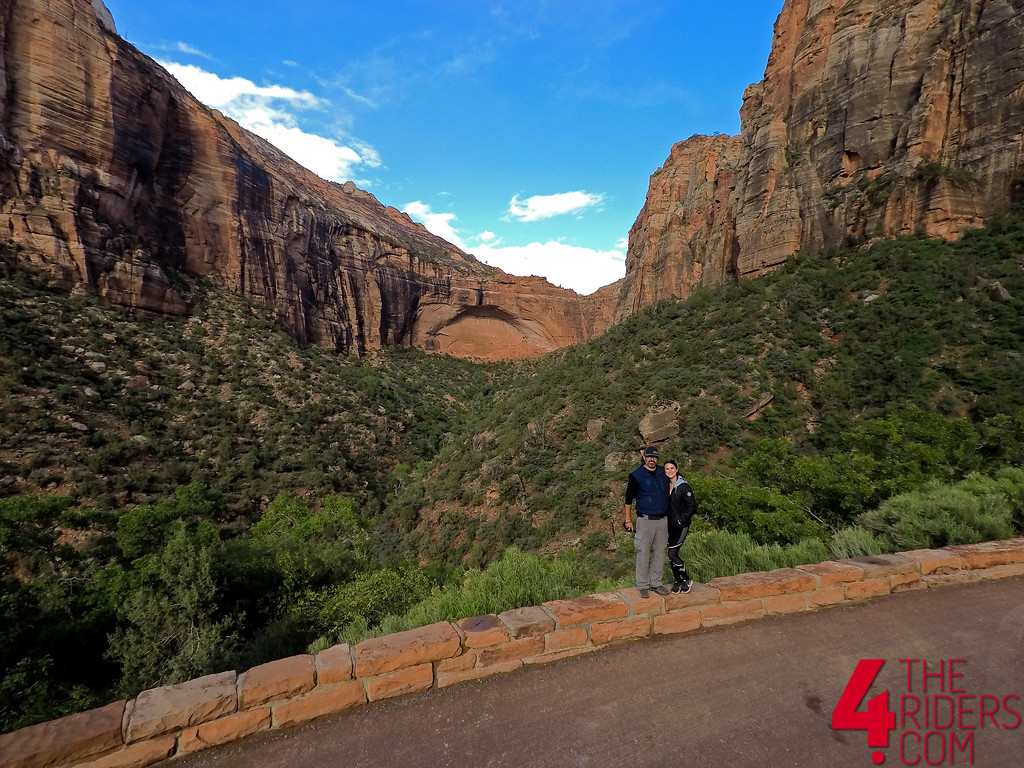 It’s like using a selfie stick, but way better!

@tinytinaturnerdog herself. She’s super hard to get pics of, I swear.

We’re currently stopped somewhere near Fillmore, UT. I couldn’t drive anymore. I was too tired…tomorrow, we press on to another fun spot that I can’t wait to take pics of!

I hope you enjoyed Zion through our eyes!